Anything not gaming related goes here. Not sure where something should be posted? Post it in here.

My only hope is that it is better than series seven and eight.
Top

I can't say I've seen every episode but RD is certainly a classic.
Top

I think I've seen most of them. My local PBS channel would run them around 11pm Saturday nights. Good times.
Top

I managed to get the DVD's for series one to eight (non-remastered, thank god), which is probably a good thing considering the only way to watch it from Canada is by the occasional PBS rerun you can get on satellite (Our public stations play less british comedies and more mystery and soap operas).

Here's a trailer for the new specials they are makeing:
http://www.youtube.com/watch?v=5pJHr9GJ7iU

And here is some more promotional videos:
http://www.youtube.com/watch?v=bhPH1WJdg6w

The specials themselves will orignally air on Easter weekend in the UK and will be avalibe on DVD in July.
Top

If you like Red Dwarf and are of the opinion that the 8th and 7th series where quite poor DON'T watch the 3 part final one 'back to earth' it's amazingly bad.
And if your not a fan of RD but like things to be well acted, well written, funny, witty and well anything related to good then DON'T watch it because it's SH$£%
Top

RedFanatic wrote:If you like Red Dwarf and are of the opinion that the 8th and 7th series where quite poor DON'T watch the 3 part final one 'back to earth' it's amazingly bad.
And if your not a fan of RD but like things to be well acted, well written, funny, witty and well anything related to good then DON'T watch it because it's SH$£%

I do agree that Back to Earth was not as good as the good ol' days (namely series 1 to 6) of Red Dwarf, but compared to how low the show went during Series 8 it is a masterpiece.

Also, it did have one or two good moments (not as much as one would like, but...), and the ending was god awful, but if you are a fan of Red Dwarf you should see it just to say you have. After all, most Red Dwarf fans say you should watch the Red Dwarf USA pilot even though it is rather awful just say to say that you have.

The only real thing they can do to improve Red Dwarf though is get Rob Grant back...
Top

Just finished watching it on the YouTube. It wasn't that bad, though it'd be a bad way to sign the series off with.
Top

Judging by some remarks on the Dave blog, it is likely they will commission another series. They are probably just waiting on DVD sales, that plus the good ratings it had should be enough to convince them to create more if they are interested. I am not sure if that is a good or a bad thing, depends on how the new series would be.

Also, although I do agree with you DustyStyx, it would still be a better ending than the Series 8 cliffhanger (although that was one of the few intersting parts of that series).
Top

Well, I managed to have a look at the BTE DVD via the library, and in proud Dwarf tradition the special features are quite good, but what is sad is that in some ways they are more worth watching than the actual shows.
Top

It has now been confirmed that a new series is indeed going to be produced, once again by Dave: 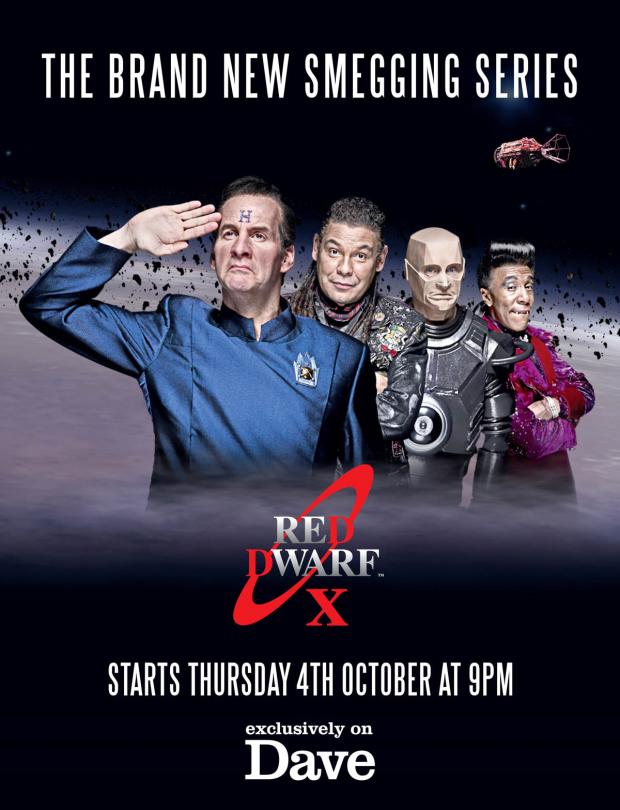 Having now watched the first three episodes of the new series, I definitely suggest all Red Dwarf fans should take another look, even those who did not enjoy Series VII/VIII and BTE. The new series is not perfect, but it is a definite step up compared to what we have been recently given. Trojan is a genuinely funny episode with some really great woofers, even though it has a few plotting problems. Fathers & Suns is a bit more problematic, with some good ideas being displayed but a lack of genuinely funny gags and fun atmosphere, and a truly atrocious C plot more reminiscent of the series I just described.

Surprisingly, the brightest gem of the bunch so far has been Lemons, even though that was the one which had everyone the most worried. The cast were on their best form since 1993 (although I got a very Series III vibe from all of them) and it was actually a very nice and subtle script, much more in line with earlier Dwarf. Not as many woofers as in Trojan (although it did have a few!) but a very decent and clever episode. A really shame some people are having so much trouble looking past it's premise to see that though.